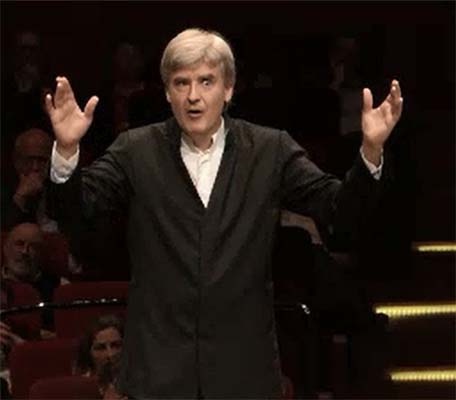 IMG Artists is delighted to announce the appointment of Thomas Dausgaard as Chief Conductor of the BBC Scottish Symphony Orchestra from the start of the 2016/17 season.

In recent seasons he has appeared several times as a guest conductor with the BBC SSO, performing a wide range of repertoire from Bruckner and Tchaikovsky to Ives, Lindberg and Schnelzer, and in a range of settings from the City Halls in Glasgow to the St Magnus International Festival in Orkney.

On his appointment Mr Dausgaard said: “The infectious joy of making music with the BBC SSO makes it a great honour and pleasure to become its Chief Conductor from 2016/17. I am a fond admirer of the orchestra’s creativity, team-spirit and excellence, and I look forward very much to exploring all the exciting possibilities which lie ahead of us.”

Ken MacQuarrie, Director of BBC Scotland, said: “Creativity is the lifeblood of the BBC Scottish Symphony Orchestra, Thomas Dausgaard will ensure the orchestra continues to be one of the most dynamic and boundary pushing orchestras in Scotland and the world.”

Gavin Reid, Director of the BBC SSO, adds: “Attracting someone of Thomas’s calibre reaffirms the outstanding worldwide reputation of the BBC SSO. The orchestra has excelled when working with him in the past and I know he will receive a very warm welcome. ”

Mr Dausgaard will conduct Sibelius’ three final symphonies, and works by Beethoven and Brahms, during the orchestra’s 80thanniversary season in 2015/16.