Terrifying, Extraordinary and Euphoric – Mahler: Symphony No.10 Reviewed by The Arts Desk 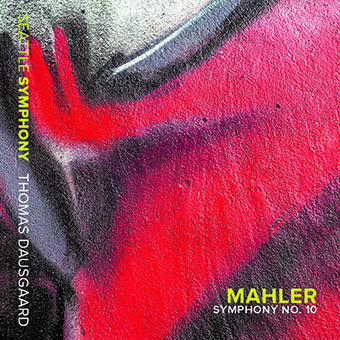 Thomas Dausgaard’s recording of Mahler 10 with the Seattle Symphony has received a series of overwhelming praise, with the latest coming courtesy of The Arts Desk. In the review, the first movement is described as “terrifying”, the strings described as “extraordinary”, and Mr. Dausgaard’s pushing of the tempo in the closing minutes is described by the reviewer as “euphoric”.

The reviewer suggests that this recording of Mahler 10 is the best ever, writing:

“Simon Rattle’s trailblazing Bournemouth recording has much more oomph than his glossier Berlin remake. A moving version from Yannick Nézet-Séguin appeared last year, played by Montreal’s Orchestre Métropolitain. This one, from Thomas Dausgaard and the Seattle Symphony, was recorded live last November, and it’s better still.”