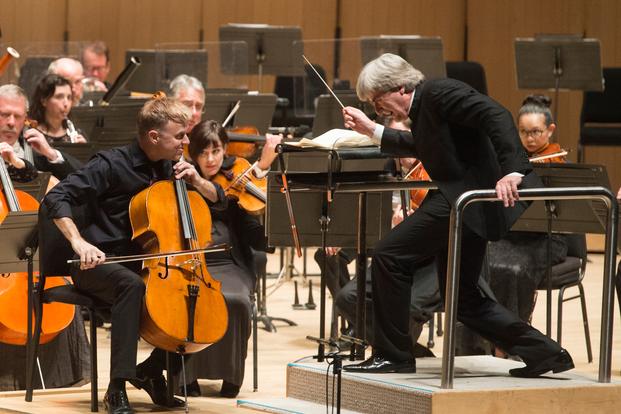 The integrity of Symphony No. 10 by Gustav Mahler has frequently been pondered due to its completion by British musicologist Deryck Cooke for a world premiere in 1972, thanks to sufficient sketches by Mahler following his death in 1911. However, “under the superb leadership of Dausgaard,” for “this music of the first order, it mattered not who had done the orchestration”, according to David Richards of Toronto Concerts Reviews. Dausgaard’s individuality evidently shone as the majority of conductors would not venture to perform such a piece.

Similarly, John Terauds (Musical Toronto) states that Dausgaard “never disappoints… held the sizeable audience at Roy Thomson Hall spellbound”. The thrill was sufficient enough to keep the notorious chronic coughers at peace until the silence between movements providing them with freedom to re-echo in the auditorium. Mr Terauds closes his review by stating, “This was, without a doubt, one of the great symphonic concerts of the season.”

To read the reviews in full, please visit torontoconcertsreviews.ca and musicaltoronto.org.