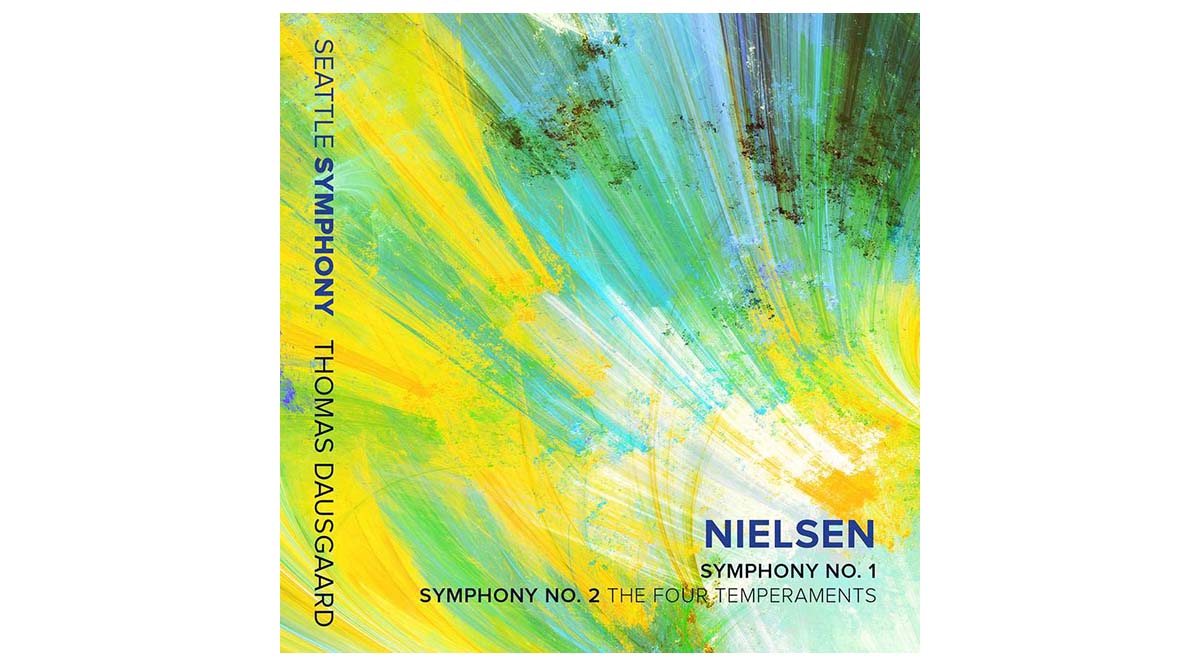 Gramophone magazine has hailed Thomas Dausgaard and Seattle Symphony’s recent recording of Nielsen’s Symphonies Nos 1 & 2 its Recording of the Month for November 2020.

“Nielsen’s early symphonies aren’t just well-kept secrets; they are essential listening for anyone serious about understanding the composer’s place in 20th-century music.

“Symphony No 1 raises eyebrows in musicological circles by dint of its ‘progressive tonality’ – the first work of its kind not to play by the rules on its tonal journey. But the whoops and cheers you hear at the end of this live performance from Seattle aren’t rooted in musicological analysis. They are startled, delighted reactions to the sense of energy, rupture and chaos that punch out of the music – that would infiltrate the composer’s better-known later symphonies but are even more striking here for their almost Mendelssohnian context.

“Playing it safe in Nielsen’s music is an interpretative non-starter but that doesn’t preclude care and preparation. … The results are startling. Tempos are so often irrelevant in the context of overall footing, phrasing and balance but here Dausgaard’s are up to 20 per cent faster than those chosen by Oramo in Stockholm and Gilbert in New York.

“Speed requires confidence, and you can feel the Seattle Symphony’s building with this further exploration of what remains an alien aesthetic to so many orchestras. More to the point, Nielsen’s first two symphonies can take it: No 1 with its short, jabbing, insistent phrases and sense of unease founded on the banana skin of an opening chord in the wrong key; No 2 so easily weighed down by overly literal interpretations of its four temperamental states that forget Nielsen’s ear for caricature. Dausgaard doesn’t. His performance of The Four Temperaments is the real winner here.

“Fresh, fascinating but not uncontroversial accounts, which is just what this neglected early Nielsen needs.”