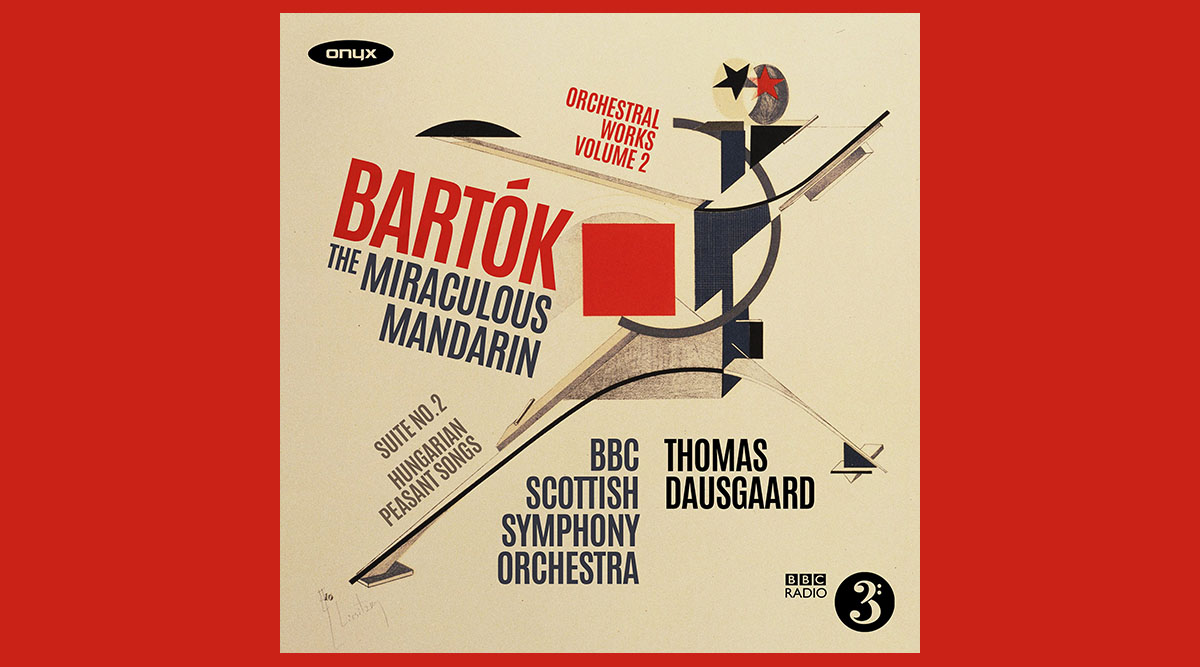 Thomas Dausgaard and BBC Scottish Symphony Orchestra release their second volume of Bartók’s orchestral works on Onyx Classics. The album’s centrepiece is their recording of the recently rediscovered original score of the composer’s The Miraculous Mandarin.

Bartók’s The Miraculous Mandarin (published as ‘A Pantomime in One Act’) was composed at a time of violent unrest in Hungary. The Soviet Hungarian Republic had collapsed in 1919 and was replaced by an ultra-nationalist regime which persecuted communists, Jews, and leftists, leaving over 1,500 dead and thousands imprisoned without trial. The work, set against this bloody political and social backdrop, is Bartók’s musical depiction of Lengyel’s “pantomime grotesque”.

Following its premiere by conductor Eugen Szenkar at Cologne Opera on 27 November, 1926, Germany banned its performance on moral grounds. Bartók reshaped the work into a concert suite, with the original score lost until recently.

Dausgaard said, “Our second Bartok release of his orchestral works celebrates the stylistic and emotional width of his music: from the early expressive Suite no 2, to music inspired by his folk music collections in Hungarian peasant songs and to the raw energy of his perhaps least folk-inspired work, The miraculous mandarin. In spite of its often dream like character, it is Music sometimes so offensively realistic that it was censored and cut for its Budapest premiere. Our recording uses the recently discovered original score without censored cuts – enjoy this opportunity to finally hear it in the shape it was conceived!”

For more information and to purchase, please visit onyxclassics.com.