”Here is a Performance with a Difference” Praise for Thomas Dausgaard and the Bergen Philharmonic’s Bruckner: Symphony No. 3 from Fanfare 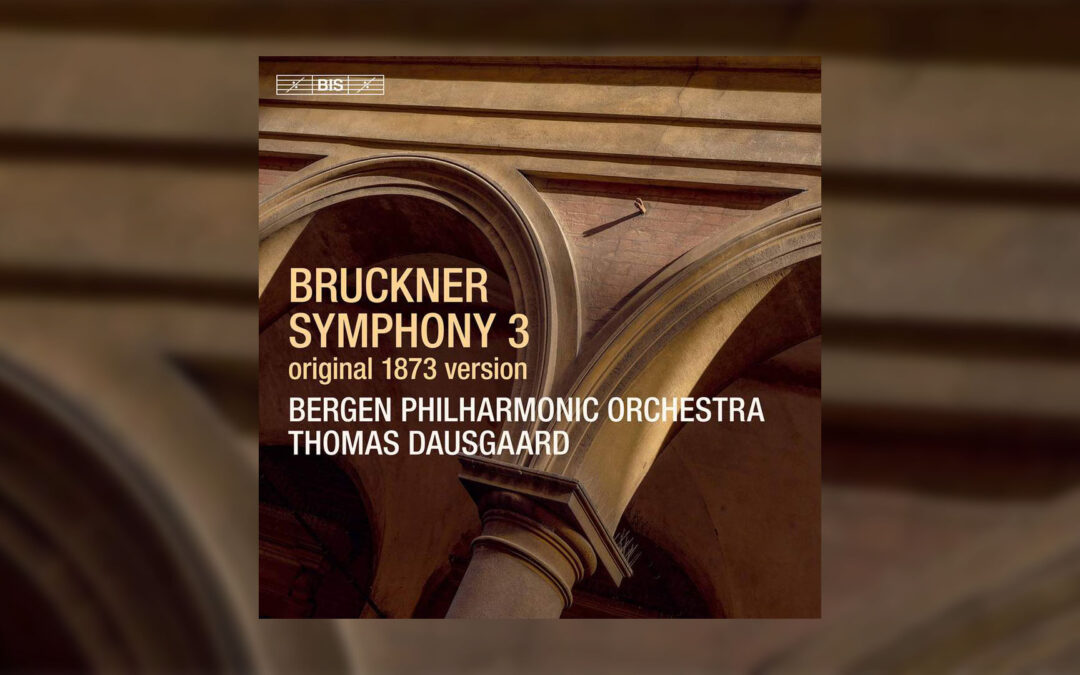 ”This absorbing new account [of Bruckner’s Symphony No. 3] by Thomas Dausgaard and the Bergen Philharmonic brings to 21 the number of conductors who have recorded it, the pioneers being Eliahu Inbal with the Frankfurt Radio Symphony in 1982 and Erich Leinsdorf with the Chicago Symphony in 1983 (the latter on the very scarce Lucky Ball label). Probably the first release to make a splash was Roger Norrington’s declared “authentic” performance with the London Classical Players in 1995 on EMI.

”Dausgaard has a strong period-performance background with the Swedish Chamber Orchestra, but the style employs here is traditional. What stands out immediately is the urgency of his pacing—the first movement takes 19 minutes compared with Yannick Nézet-Séguin and the Staatskapelle Dresden at 26 minutes (Profil). Dausgaard also has strong ideas about orchestral balance, which emerge prominently in the trumpet motto that begins the symphony (and which reminds some listeners of the horn call in the Flying Dutchman Overture). The motto consists of four notes, followed by a second part that rises in four notes. But Dausgaard reduces the prominence of the trumpets and brings up the accompaniment so that it is almost equal. This not only fills out the harmony with a new balance but adds two extra notes to the second part of the theme, as it were.

”The same reblending and rebalancing occurs quite frequently. When added to the fast pace, it gives the first movement a new, more dramatic contour that I like very much. …In terms of sounding different from almost anyone else, Dausgaard has more cachet. BIS’s very clear, detailed recorded sound (the physical product is an SACD) adds additional impact compared with Profil’s plusher, more blended sonics.

”In the slow movement Dausgaard’s timing of 15 minutes continues the urgency felt in the first movement, but he remains true to the marking of Adagio if not to Feierlich (solemnly). This reading is considerably more intense than solemn. In preference to Romantic rubato, Dausgaard uses wide changes in dynamics and emphatic accents as his main expressive devices, which proves very effective—not a moment dawdles. More controversial might be the Scherzo, which is not only fast but fierce. We’re in the range of the ferocity of the Scherzo of the Ninth Symphony. An exaggerated contrast between the softest and loudest music adds to a mood verging on the frenetic.

”This proposed Bruckner cycle began with Symphony No. 6, which was also an exciting reading. It made a bold statement just shy of the one being made here, yet in both the style is neither HIP nor Romantic. The finale begins at breakneck speed and rarely relents.

”…The old view was that the Third Symphony had marks of both mature and immature Bruckner, which cannot be totally denied. … here is a performance with a difference, and it stands out in a landscape where hewing to the middle of the road has become more and more the norm.”