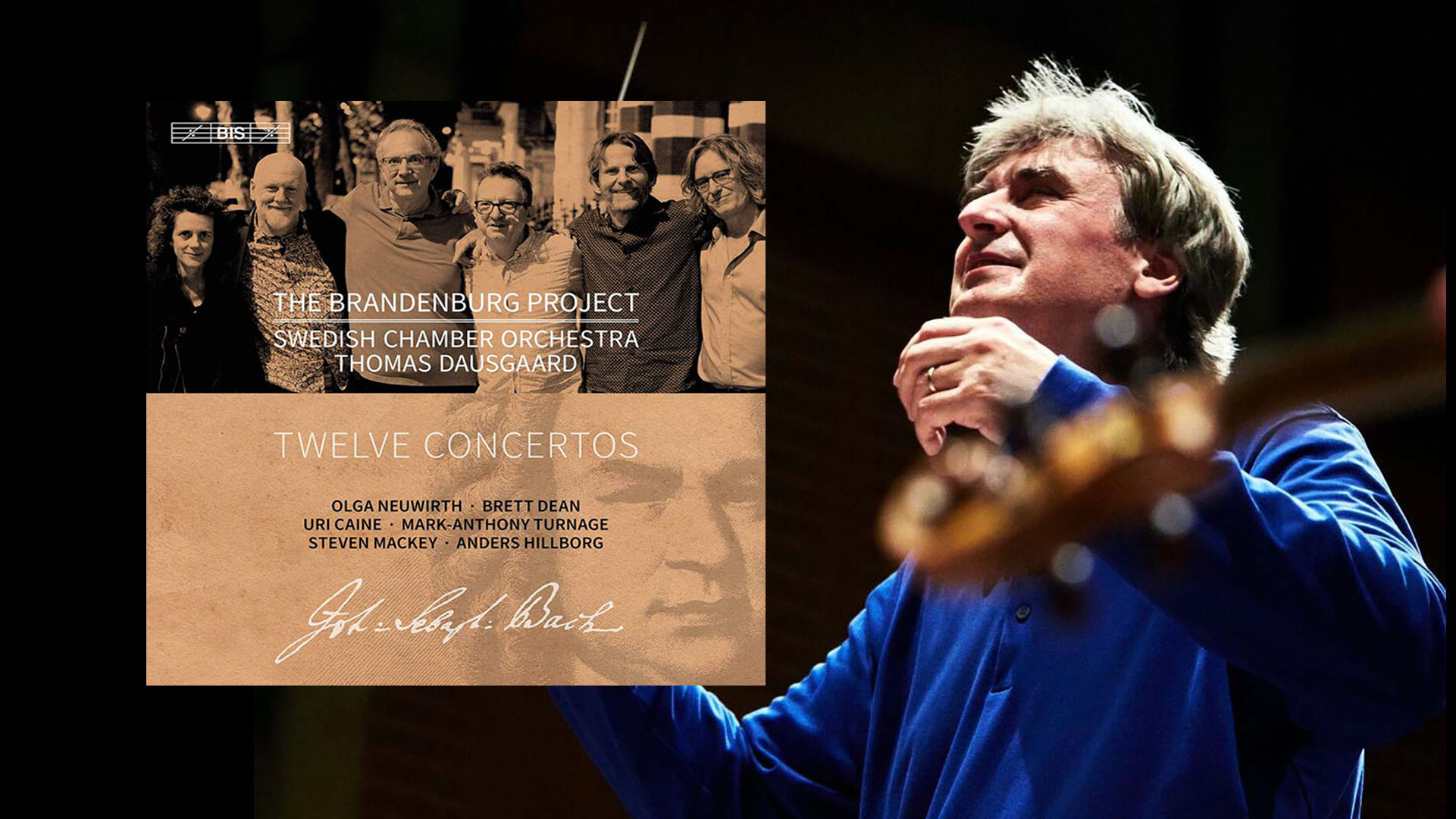 Thomas Dausgaard conducts the Swedish Chamber Orchestra and an ensemble of extraordinary soloists and SCO leaders for the epic Brandenburg Project. This 3-disc SA-CD collection is available now on Bis.

Recorded over a period of 18 months leading up to this event, the present boxed set provides a unique opportunity to experience six very different musical minds and idioms entering into conversation with Bach: Mark-Anthony Turnage, Steven Mackey, Anders Hillborg, Olga Neuwirth, Uri Caine and Brett Dean. Bach’s concertos are remarkable in that they are all scored for different instrumental combinations, and part of the brief to the group of composers was to reflect this. In performing the twelve works, the orchestra and Dausgaard are joined by leading soloists including Clare Chase, Mahan Esfahani, Håkan Hardenberger, Pekka Kuusisto and Tabea Zimmermann.

“Familiar works of music run the risk of becoming comfortable companions in our lives and – as with people, surroundings, books or thoughts – we are liable to become immune to their special qualities and even take them for granted. Take Bach’s Brandenburg Concertos: loved to pieces by audiences and by amateur and professional musicians alike, and known to many besides the connoisseurs of classical music – what are their special qualities which can inspire us today, beyond being well-known and beloved?

“We realized that we had to ask composers of today to enlighten us. We approached six composers – some of whom we already had an inspiring relationship with, and some with whom we were keen to develop one – and set in motion a project that would reach its climax with a complete performance of all the works – new and old – during a single day at the BBC Proms at Royal Albert Hall in 2018.”

Pizzicato writes, in their rave review:

“Dausgaard’s very personal conducting provides one of the most lush, ornate, contrastful, flourishing, detailed, colourful, and dancing interpretations I know. Alongside this, however, come touchingly poetic slow movements. All in all, a grandiose result has been achieved in this production, a feast for the ear of a kind one all too rarely gets to hear, a subtly and differently realized performance whose effect one cannot escape, not least because Bach has more to say here than I ever got to hear. Dausgaard’s conducting is phenomenal.

“But the new works are also worth hearing and ultimately then make the project something very special.”