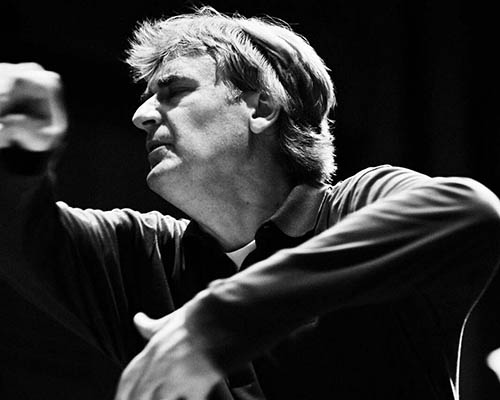 Thomas Dausgaard led the BBC Scottish Symphony Orchestra at the BBC Proms in Proms 36 with a programme highlighting unfinished symphonies, featuring Schubert’s Symphony No. 8 and Mahler’s Symphony No. 10, and all-Rachmaninov programme in Proms 37, performing his Piano Concerto No. 3 with Alexander Gavrylyuk and Symphony No. 2.

Barry Millington (London Evening Standard) praised Dausgaard’s Schubert performance: “the phrasing was refined and the expressive effect undeniable”, whilst his Rachmaninov concert lauded similar praise. Bachtrack’s Mark Pullinger wrote that Dausgaard “ensured the BBCSSO were the most attentive partners, strings aching wistfully, yet he could raise the temperature when required, especially in the feverish canter to the finish line and the punchy sign-off which stamps out Rachmaninov’s name.”

The Times’ Anna Picard was particularly complimentary: “The sound-world that Dausgaard established was fresh and sweet: a ravishing sheerness from the violins; a supple, sprung pulse from the basses; musky or forthright brass and woodwind solos warmed by the violas and cellos; a collective delicacy and expressivity in which the pianist Alexander Gavrylyuk was less a soloist than a member of the ensemble.”  She also praised Dausgaard’s performance of Rachmaninov’s Second Symphony: “Rachmaninov’s melodies have put on weight from being so well loved. Dausgaard and his players restored their youth, slenderness and spontaneity.” Michael Church (The Scotsman) also commended Dausgaard, saying he “expertly steer[ed] the BBC Scottish Symphony Orchestra through a beautifully-organised forest of melody in which the clarinet, horn, and flute solos were immaculately played.”